The Best Stories Start On Your Feet 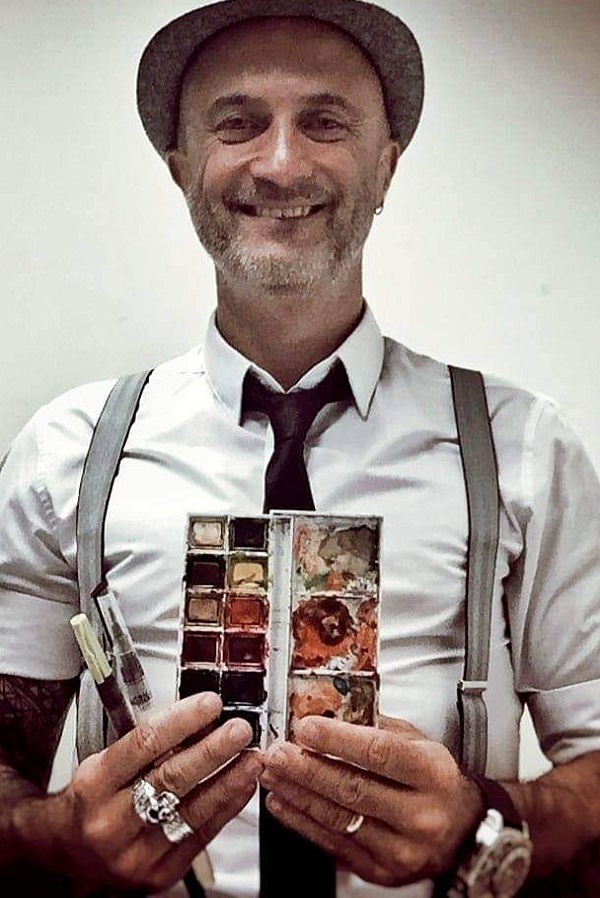 From Earth To Moon
First part (half) of the story

The first sock, where it all starts, has a white toe cap, which slightly exceeds the perimeter of the toe cap, because I want the clouds of the launch of the rocket to be expressive, expansive, illustrating the force of the explosion. The explosion will be yellow, orange, red. The tongues of fire refer to a vintage aesthetic, I really want these socks to refer to that aesthetic marked by time. From this core of fire, a red, white, checkered rocket rises, which takes us back to old science fiction movies and books, and to tin toys made in Japan. This rocket is positioned on the outer side of the sock. The sky is stratified, to create greater chromatic dynamics in the sock as we ascend. and, at the same time, to create the idea of ​​altitude, of distance that increases as one moves at great speed from the earth. Therefore, it will start with a lighter blue, which will darken until it becomes dark blue. The stars will appear more and more as we climb the sock.

Second part (half) of the story

The dark blue tone that ends at the top of the first sock is the same tone as the toe cap. Following the same logic as the first sock, the stratified sky darkens until it becomes practically universe black. Stars sprinkle the sky. From the inner side of the toecap, a fire-yellow trail ascends in a spiral trajectory along the sock, the same rocket surrounds a fat moon The moon, like everything else, refers to a very retro aesthetic, having a face and doing so. an allusion to the film with the same title, by Mélies, but not so grotesque, being placed on the side, on the shin.

Jack and the Beanstalk

First part (half) of the story

The first sock, where it all begins, has an ocher toe cap, to represent dry soil. This color goes slightly beyond the perimeter of the toe cap, because I want the beanstalk to come out of that area. The beanstalk, green, with leaves of different shades of green, develops in a sinuous way, around the foot and after the shin, it curls up to the leg until it reaches the elastic area. The elastic is a big, fluffy cloud, also baroque, with its curly edges. That’s where the beanstalk penetrates…

Second part (half) of the story

…to come out on the toe of the second sock, which is the continuation of the cloud. It has a white toe cap, which leaves its perimeter to create the baroque spirals of the cloud. From this cloud, the beanstalk emerges again, which is organically curled around the foot, the leg. On his leg, on the outside, João climbs courageously, almost reaching the cloud at the top, the biggest one, where the beanstalk disappears. I didn’t draw the castle… it will be up to the sock wearer to imagine it, and discover that he is the giant after all.